Joe McGrail is used to brewing up some big ideas. As the Manager of eCommerce for the Boston Beer Company, brewer of leading Craft beer Samuel Adams, he is overseeing one of the alcohol industry’s fastest growing programs. Joe and his team set the strategy to bring Boston Beer Company products directly to customers via delivery or in-store pick up – a new and uncharged territory for breweries in the U.S.

According to the Barnstable native, he owes his career trajectory to his start at Cape Cod Community College.

“I graduated from Barnstable High School, but honestly, I didn’t know if college was for me.” Joe says. “I was accepted to a university in Vermont, and ultimately decided not to attend. Instead, I enrolled at 4Cs, which was the perfect place to start my higher education.”

Joe studied Business at 4Cs, and immediately realized how smart a choice it was. He avoided the high costs of four-year college, took courses that he wanted to take, and excelled to the point where he earned scholarships that allowed him to seamlessly transfer to UMass-Amherst where he ultimately earned his Bachelors. 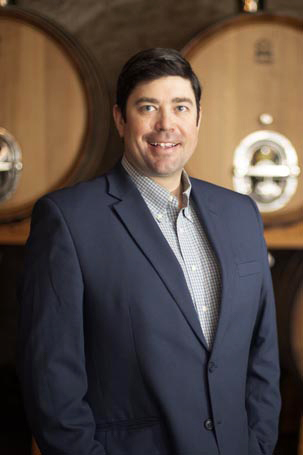 During his time at 4Cs, he discovered a passion for the Hospitality industry. After working for a local resort and conference center for a few years, he landed at Boston Beer Company where his career took off. Joe’s entrepreneurial spirit led him from the sales team to training and development, human resources, and finally to his current role.

He cites 4Cs for preparing him for his powerful future and helping establish his love of learning and being a part of new ventures.

“Everything I’ve done – going to UMass, studying abroad, starting a career, earning my MBA from Babson College – I can trace back to 4Cs.” Joe says. “I believe I wouldn’t have been able to do any of those things without my experience there.”

“Take a class! If your only experience in education is high school, this is a completely different environment. 4Cs is the perfect example of higher education.”