Access the films through the Kanopy film streaming service:

You will be directed back to Kanopy to start watching films. Then join our weekly Film Discussion, via Zoom, each Tuesday from 4:00–5:00pm. If interested in participating in the Virtual Foreign Film Series Discussion, contact Cindy at: cpavlos@capecod.edu and you will be e-mailed the Zoom link for the discussion. You do not need to have the Zoom app to join the discussion. 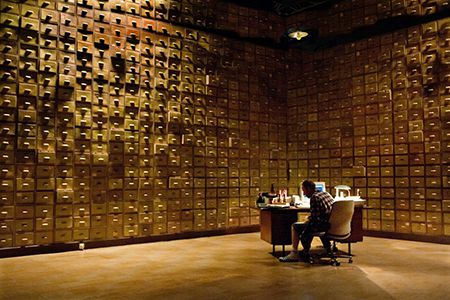 This Golden Globe nominated comedy begins with one simple conceit: God exists, and He's a jerk. He lives in a high-rise apartment in Brussels and never gets out of His pajamas. He takes sadistic delight in dreaming up new "laws" to torment humanity, and He's a petty tyrant to his wife and ten year-old daughter, Ea. Like her brother before her, Ea has had enough of her Father's abuse and when she spies the right opportunity, she hacks into His computer and leaks to the entire world—by text message—the only thing He has over them: their inevitable death date. Nominated for a Golden Globe for Best Foreign Language Film. Official Selection at Cannes. 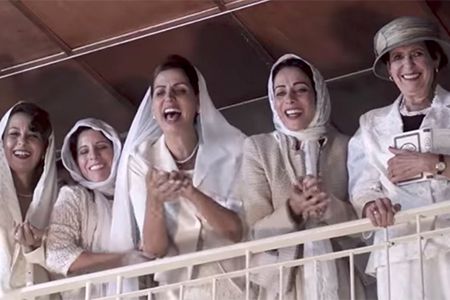 An accident during a bar mitzvah celebration leads to a rift between the men and women in a devout community in Jerusalem in this rousing, good-hearted comedy. Awash with Jerusalem's distinctive glow, The Women’s Balcony is a warm, poignant portrait of a modern community struggling to balance protocol with practical, progressive values - at once rebellious and respectful in spirit. 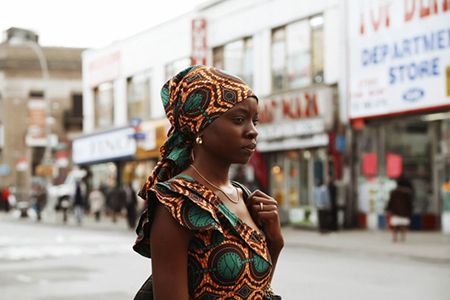 In this dazzlingly beautiful romantic drama, a Nigerian woman living in Brooklyn must make a choice which could have dire consequences when she has failed to conceive a child a year after her glorious wedding.

Winner of a Cinematography Award and nominated for the Grand Jury Prize at the Sundance Film Festival. Winner of an AAFCA Award for Best World Cinema from the African-American Film Critics Association. 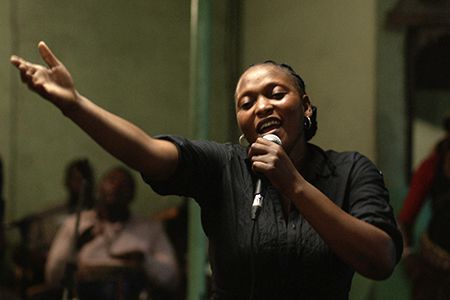 Félicité is a proud, free-willed woman working as a singer in a bar in the Congo's capital Kinshasa. Her life is thrown into turmoil when her 14-year-old son gets into a terrible car accident. To raise the money to save him, she sets out on a breakneck race through the streets of electric Kinshasa – a world of music and dreams. Grand Jury Prize winner at the Berlin International Film Festival. 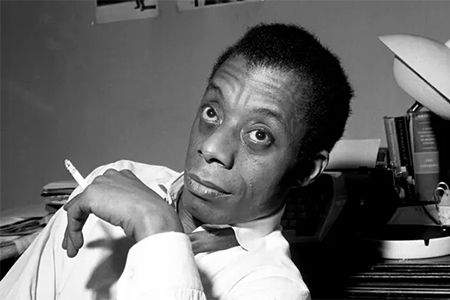 Narrated by Samuel L. Jackson, I Am Not Your Negro explores the continued peril America faces from institutionalized racism. In 1979, James Baldwin wrote a letter to his literary agent describing his next project, Remember This House. The book was to be a revolutionary, personal account of the lives and successive assassinations of three of his close friends – Medgar Evers, Malcolm X and Martin Luther King, Jr. At the time of Baldwin's death in 1987, he left behind only thirty completed pages of his manuscript. Now, master filmmaker Raoul Peck envisions the book James Baldwin never finished. The result is a radical, up-to-the-minute examination of race in America, using Baldwin's original words and flood of rich archival material.

This journey into black history connects the past of the Civil Rights movement to the present of #BlackLivesMatter. It is a film that questions black representation in Hollywood and beyond. And, ultimately, by confronting the deeper connections between the lives and assassination of these three leaders, Baldwin and Peck have produced a work that challenges the very definition of what America stands for. 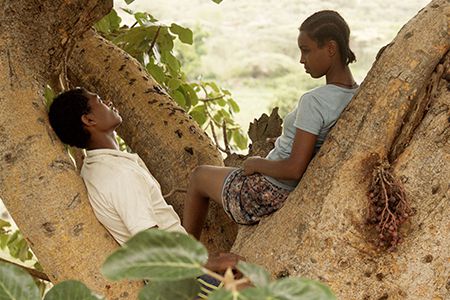 Mina is 16 years old. The Ethiopian Civil War has been underway her entire life. She lives with her brother and grandmother in a humble house with newsprint for wallpaper. Her family is Jewish and is planning to flee Ethiopia for Israel, where Mina's mother awaits their reunion. But this plan leaves out the person Mina loves most: Eli, her Christian boyfriend, who lives in the woods so as to evade being drafted into Mengistu Haile Mariam's army. Mina hatches a scheme to save Eli, but everyone and everything seems set against her. 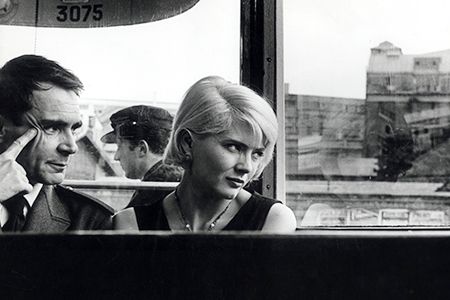 Agnès Varda eloquently captures Paris in the sixties with this real-time portrait of a singer (Corinne Marchand) set adrift in the city as she awaits test results of a biopsy. A chronicle of the minutes of one woman's life, Cleo From 5 to 7 is a spirited mix of vivid verite and melodrama, featuring a score by Michel Legrand (The Umbrellas of Cherbourg) and cameos by Jean-Luc Godard and Anna Karina. 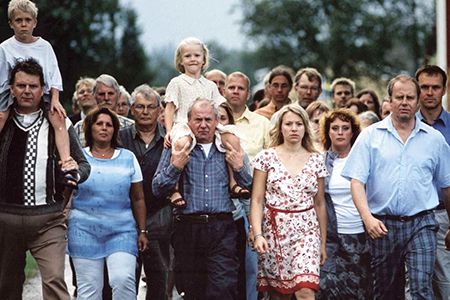 Nominated for Best Foreign Film at the 2005 Academy Awards, As It Is In Heaven is the story of Daniel, a successful international conductor who returns to his childhood village in Northern Sweden. He is asked to help with the church choir and nothing in the village is ever the same. 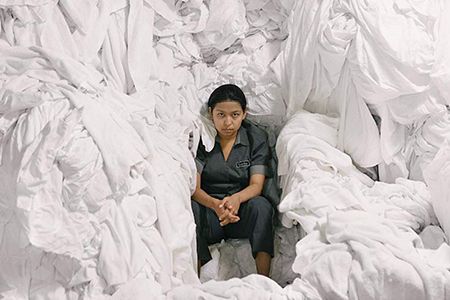 Director Lila Aviles turns the monotonous work day of Eve (Gabriela Cartol), a chambermaid at a high-end Mexico City hotel, into a beautifully observed film of rich detail. Set entirely in this alienating environment, with extended scenes taking place in the guest rooms, hallways, and cleaning facilities, this minimalist yet sumptuous movie brings to the fore Eve's hopes, dreams, and desires. As with Alfonso Cuaron's ROMA, set in the same city, The Chambermaid salutes the invisible women caretakers who are the hard-working backbone of society. 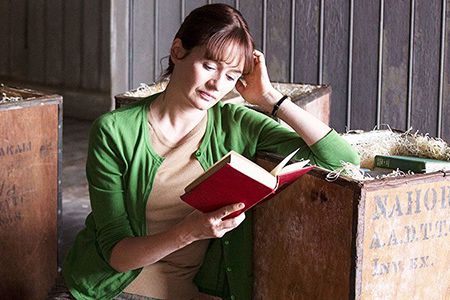 Free-spirited widow Florence Green (Emily Mortimer) risks everything to open a bookshop in a conservative East Anglian coastal town. While bringing about a surprising cultural awakening through works by Ray Bradbury and Vladimir Nabokov, she earns the polite but ruthless opposition of a local grand dame (Patricia Clarkson) and the support and affection of a reclusive book loving widower (Bill Nighy). As Florence's obstacles amass, she is forced to ask: is there a place for a bookshop in a town that may not want one? 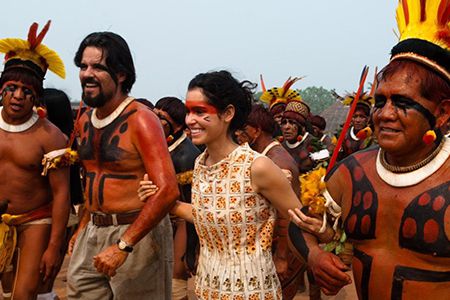 In the '40s, three brothers decide to live a great adventure and enlist in the Roncador-Xingu Expedition, which has a mission to tame the Central Brazil. Xingu was inspired by the real-life story of the Villas brothers – Orlando, Claudio, and Leonardo. This movie covers some remarkable moments of the creation of the Xingu National Park, which is one of the world's largest Indian reservations. 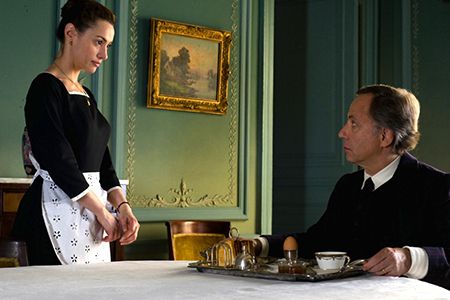 The French tradition of comedy built around impeccable timing and flawless acting is alive and well in this farce about a group of vibrant Spanish maids who shake things up in 1960s Paris. Jean-Louis has a quiet, bourgeois existence, living peacefully with his neurotic socialite wife Suzanne while their children are at boarding school. The couple's world is turned upside-down when they hire a Spanish maid Maria. Jean-Louis is introduced to an alternative reality—the servants' quarters—where he befriends a group of sassy Spanish maids, refugees of the Franco regime, who teach him there's more to life than stocks and bonds, and whose influence on the house will ultimately transform everyone's life. 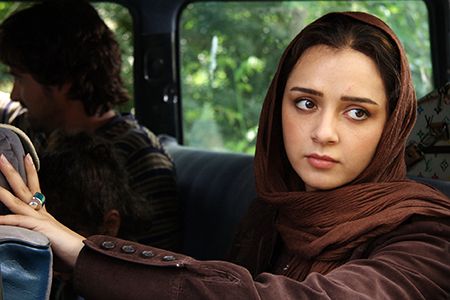 With the return of their friend Ahmad from Germany, a group of old college pals (two married couples and a brother and sister, along with three young kids) decide to reunite for a weekend outing by the Caspian Sea. The fun starts right away as they quickly catch on to the plan of lively Sepideh, who has brought along Elly, her daughter's kindergarten teacher, in hopes of setting her up with recently divorced Ahmad. Winner of the Silver Bear for Best Director at the Berlin International Film Festival. 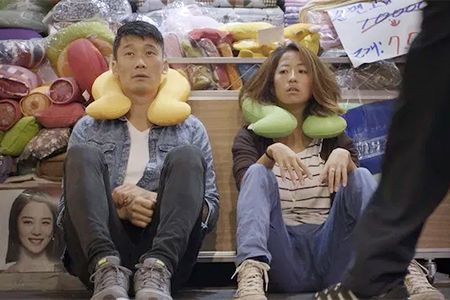 Two Korean adoptees return for the first time to the country they were once born in. Confronted with the spirit of their Motherland and the personal stories of the fellow adoptees they meet in the city of Seoul, Karoline and Thomas are hurled into an emotionally disorienting journey that forces both of them to question and face their own destiny and identity.